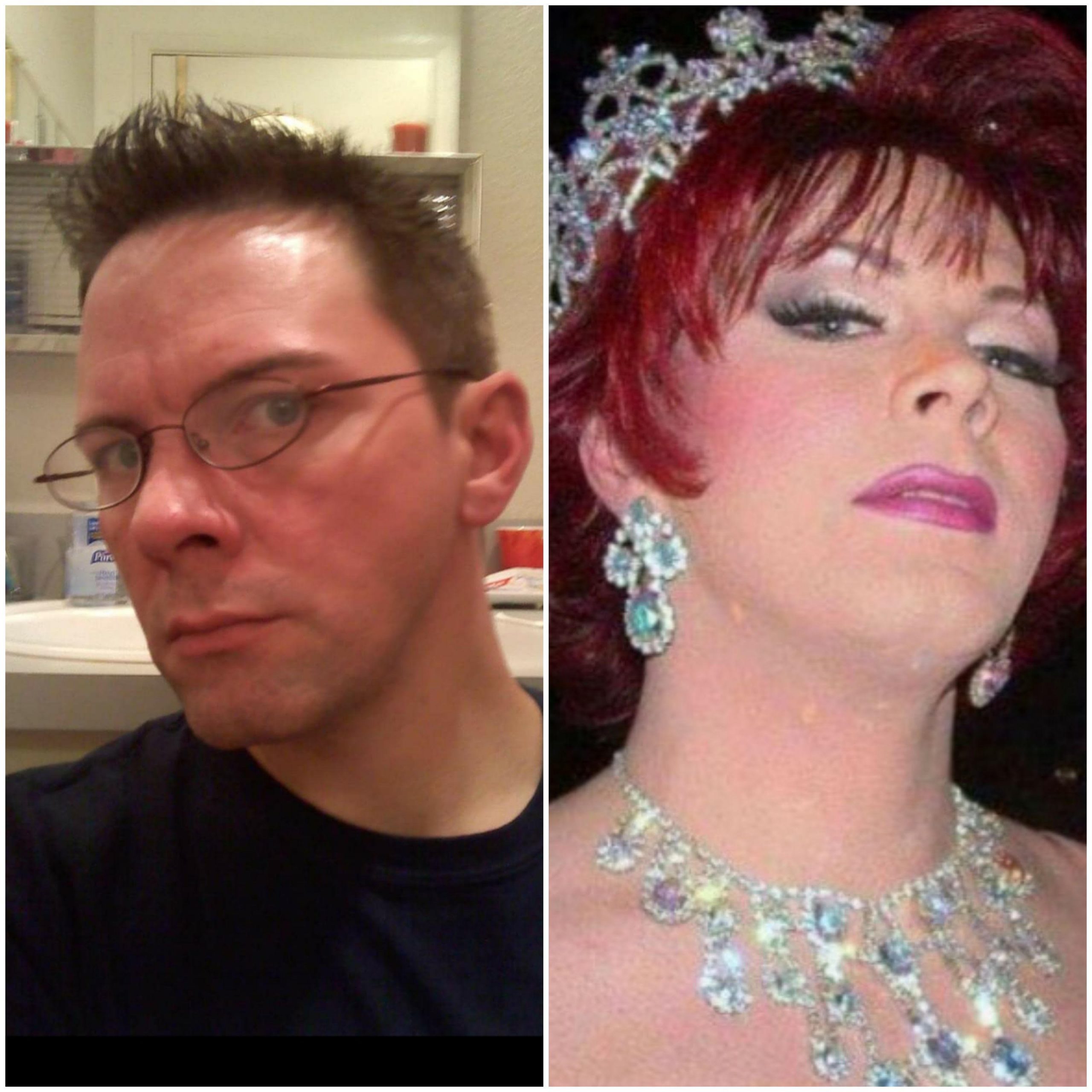 Christopher Ray Blair
AKA
Megan Shampaign Love Emerald Rockefeller
Christopher,  born on May 6th, 1970 in Seattle,  WA.
Christopher enjoyed many things.  One of those things he loved was collecting Marilyn Monroe memorabilia. He had the beauty of his cherished Diva. He loved to party with friends of the GLBTQ community.  The ladies of this community had his backs and they loved him strongly with all their hearts.  He also had many feisty Drag sisters who loved him.
He started his drag journey in San Diego with the help his mentor, Nicole the Great, Queen Mother of the International Court System. A charitable organization raising funds for those in need.
Christopher moved back to Washington and befriended a man who would support him in all his endeavors. Tim R. showed our Brother what true friendship was.
Another friend of his who looked out for him for many years, Donna Michelle Boston who shared a strong bond. She and Tim looked after Christopher for so many years.  Helping him with daily needs.
We are grateful to you both for  taking care of Christopher for so many years.
Christopher joined The Empire of Snow & Ice, now known as The Empire of Dreams, in which he became active in fundraising while dressing in his alter ego Megan Shampaign Love Emerald Rockefeller.  He befriended many friends throughout his 12 plus years, but there was a special mentor,
Empress I – Roxi Rockefeller aka Gary S. who became Christopher’s “Drag Mama”. She showed love and supported Christopher in all his ambitions. Megan was elected Queen of Seas 6, Miss Gay Everett 16 and Imperial Princess 14. Reigning for a year with each title, traveling and helping to raise money in other kingdoms (cities).
Christopher is proceeded in death by his Sister – Michelle, Brother – Johnny (Kevin) and Brother Joshaua (Rebecca). He also leaves behind many Uncles, Aunts, Nephews & Nieces, Cousins, Great Nephew and Nieces – All of who loved him so much.
So buy one last beer for Christopher & toast to the friendship & memories you shared throughout the years.
You might not see him now, but I know he would be grateful for the last sip.
R.I.P. my Brother, my friend and my childhood bosom buddy.
May 6th, 1970 – January 17th, 2021