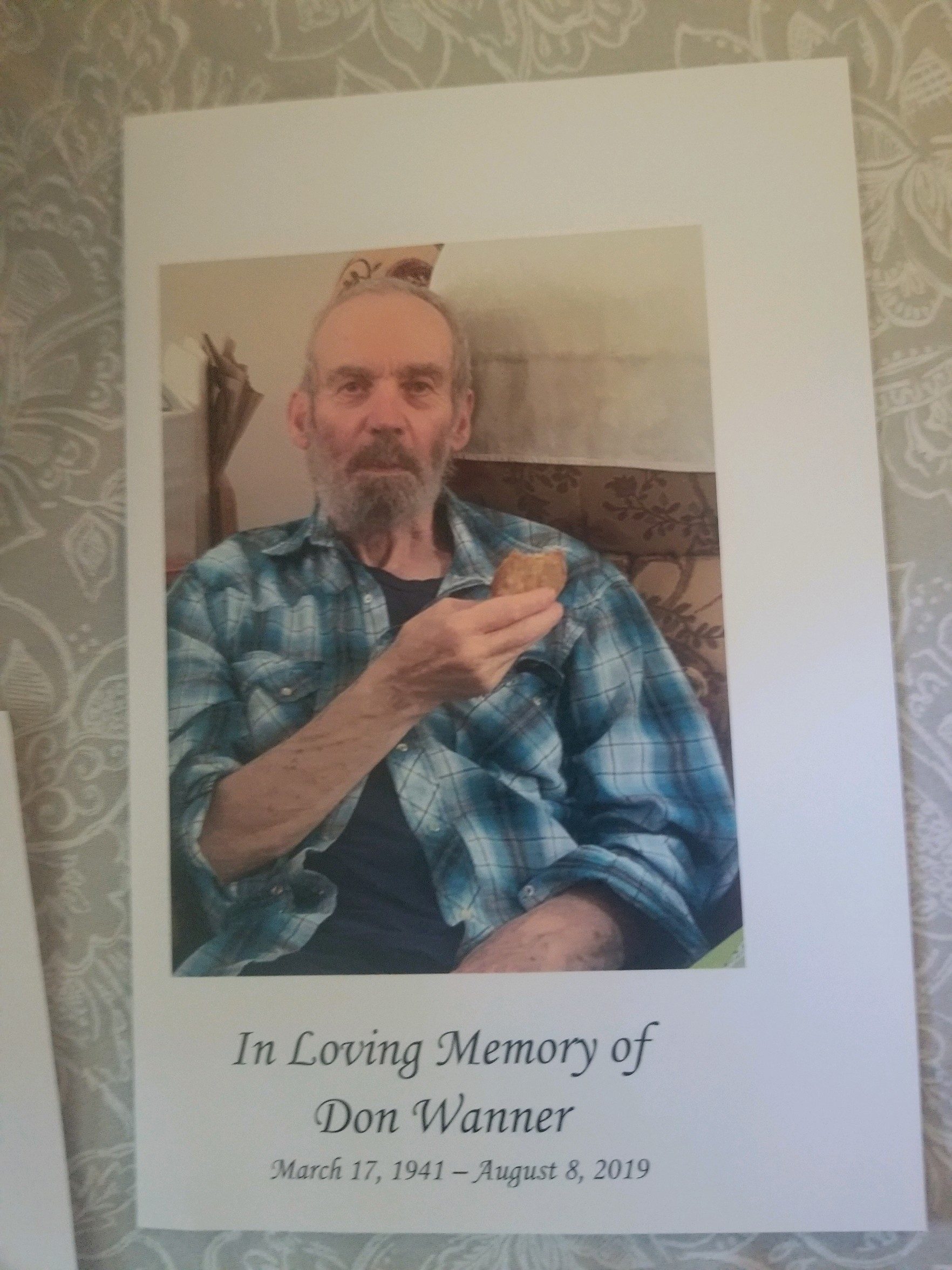 Donald Wanner, the only child of Ray and Celestine (Hauck) Wanner. He was born in Gladstone, North Dakota at the family farm on March 17th, 1941.

He later moves to Richardton, where he went to school at Assumption Abby through 10th grade. He later finished his education with a  GED while in

the U.S Marine Corps. He served from 1960-1964 at Barstow, California. He joined the Utah Army National Guard, also served in the Kansas National Guard.

He married Carole Mae Holland on June 23rd, 1962. They had three children; Theresia, Celestine, and David. He had ten grandchildren, one great gandchild with two more on the way. He was proceeded in death by his parrents and two granddaughters. He is survived by his wife Carrole, his children Theresia (Bert) Winston, Celestine (Raul) Aguayo; and David (Jennifer) Wanner, grandchildren and great grandchildren. He worked for Boeing Airplane Company in Everett, WA for 18 years, retiring in 2003. He died on August 8th, 2019 at his home. Pall bearer’s are Nathan Winston, Jeremy Wingate, Justin Graham, Andrew Neil, Josh Medeiros, Raul Aguayo Vargas.

He accepted Jesus as His Lord and Savior August 1972.

As you left this world you will always be remembered for the love  you showed to family and others.   As you fought for us and our country,  you are a solider in God’s army and can watch over us in heaven as you did on this earth.   You will never be forgotten.   We all miss and love you