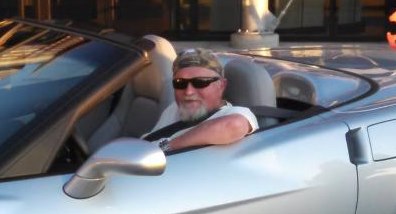 Doug passed away at home surrounded by family.

Doug was born in Sisseton S.D. to Evan and Olga Palm. He was the first born of five boys.
The family moved to Oregon and they resided in the Creswell area where Doug attended school and
played in the woods surrounding the family home. He spent summers harvesting crops from the many
farms in the area. He made and retained many lifelong friendships during this time.

The family moved to Anacortes, WA in 1964. where Doug spent his senior year and graduated from AHS,
class of 1965.

He served with the US Army and was a Vietnam veteran, having served in the Pleiku region.

Upon returning home, he was employed by the Boeing Company. While employed he was recognized for
his outstanding work. Often rewarded for his contributions. He was a man of high work ethic. He
enjoyed his work and made many lasting friendships while there. He retired in 2010 after a 41 yr career.

Doug had many interests, Muscle cars, Motorcycles, fishing and woodworking. He was a very creative
and artistic person and loved to fabricate and execute his visions.

Doug leaves behind his wife of 39 yrs, Lisa. Brothers, Dale ( Priscilla), Kevin (Alyeen). Daughter,
Stephanie (Don), Grandchildren, Jordan and Jayden. Also left are many cousins, nieces, nephews and
his Aunt Marlys. Left behind as well are his two sidekicks, Bella and Trudi, his furkids. He was preceded
in death by his parents Evan and Olga. Brothers, Greg and Brad.

There will be a celebration of life scheduled at a later date.

If you wish to donate, know that Doug was an avid animal lover and supporter of the local foodbank.

He fought the fight, he is at peace and I will celebrate my husband for time and eternity.