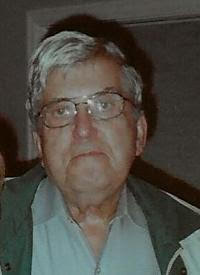 Hubert was born in Willow Lake, South Dakota on July 6, 1930 to Selma and Theodore Wold. He was the fourth of thirteen children and attended school in Vienna, South Dakota.

Hubert left home at the age of thirteen to pursue an adventurous life. He found work on farms and ranches, worked on the railroad, and drove long haul trucks.

He was drafted into the United States Army in 1952 and served as a paratrooper in the 187th Airborne Regimental Combat Team during the Korean War.

Hubert became a Master Plumber and had his own plumbing and heating company in Amarillo, Texas from 1959 to 1965.

In 1965, the family moved to Washington State. He worked as a Union Ironworker for the next 21 years on various projects including the Boeing Company 747 hangers, ARCO Refinery, and as Structural Superintendent with Snelson Anvil on modules for the Kapuruk Oil Field.

In 1985, he retired from Ironworking and started his own plumbing business, Alpha Plumbing, which he continued for the next twenty years.

Hubert loved God and served in various church positions over the years. He was extremely punctual, very generous and delighted in spending time with his grandchildren and great-grandchildren.

A memorial service will be held at 3pm on Saturday, May 4, 2019, at Arlington Free Methodist Church.