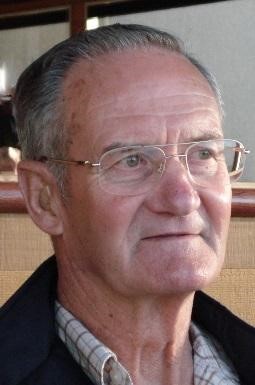 James Russell King went to be with his Lord on July 6, 2018, at home surrounded by his loving family.  He was born August 24, 1932, in Nelson, Nebraska, to John Bryce King and Emma King.

During his early years, Jim’s family lived on Vashon Island, where he first met Buddie Ely.  Years later their paths crossed again and they were married on December 24, 1956.Jim served in the US Navy for eight years during the Korean War Conflict, and afterward was employed as a union carpenter and superintendent until retirement.

His greatest pleasure in life came from time spent with family and friends and, during their marriage, Jim and Buddie enjoyed a variety of activities, including square dancing, coaching junior bowling leagues, and riding horses and trail motorcycles.

In 1973 Jim and Buddie committed their lives to the Lord, and their strong Christian faith became the foundation for their lives together.

Jim was preceded in death by his parents; and his brother, Wilbur King.

The family invites all who knew Jim to join them in a celebration of his life, with reception following, on August 4, 2018, at 1:00 p.m., at the Marysville Free Methodist Church, 6715 Grove Street, Marysville, Washington.

Jim was a wonderful, loving man of faith and integrity with an inspirational zest for life.  He will be greatly missed by all who knew him, but we will hold him close forever in our hearts till we meet again.