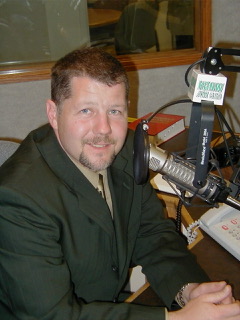 Lief Winfield Moi was born in Ballard Washington on October 11, 1962 to James Thor Moi and Roberta Anne (Brannon) Moi. He spent most of his childhood in Seattle. In 1985, Lief married Tonya Rossie and together they raised four children; Micah, Tarah, Lars and Sven. The young family lived on a generational farm in Woodinville where they created lifelong and cherished
memories.

As a new husband and father, attending Antioch Bible church in his twenties, Lief began a ministry called ‘Street Talk’, a late Saturday night radio show filled with debate in which no topic was off the table. This is where his church ministry began and set the foundation for numerous relationships and opportunities. From Street Talk and Antioch, the path to start a
prominent church arose. He committed his whole being to the church, this led to significant relational unity and impact in the community. However, along with the joys of ministry came some of the deepest wounds.

Lief had a variety of passions but among the top were family, business, and ministry. He began working as a 14-year-old boy at ‘Spiros Pizza’ in Seattle. It was there that he learned how to
provide for himself, as well as discovered his passion for business and entrepreneurship. Throughout his life, he began multiple construction companies, opened restaurants, started churches, coached sports, raised four kids, and animals alike.

The Evergreen State Fair was an annual tradition the family loved to attend together. You could always count on finding Lief talking to the livestock for hours. He radiated a childlike love for
life, some of his simple joys were a homemade slice of pizza, a rusty old pig key chain, countless pooka shell necklaces, and a 1969 Buick Skylark that was in shambles.

Lief suffered an injury which led to chronic back pain. This took a toll on him spiritually, mentally, and physically. He had many demons from his troubled past and unfortunately, they
plagued him till the end. Throughout his trials, Lief had faith that God loved him, and he longed to be free.

Lief passed away on September 22nd, 2022 in Everett, Washington leaving behind many relationships and a large family including 11 grandchildren, soon to be 12. The newest addition sadly won’t get the chance to meet him, but will see him in heaven someday.

His ashes will be spread at a lake in Eastern Washington, where his children have fond memories fishing together every summer. He will be missed and is cherished by many. The family finds
comfort awaiting the day they can see him fully healed and restored in heaven.