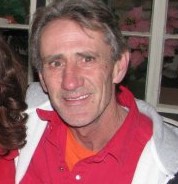 Mike was born in Hobbs, New Mexico on June 9, 1956 and when he was 10, his family moved to Kilgore, Texas where he graduated from Kilgore High School in 1974 and married the love of his life Glenda in 1980 along with gaining a son, Cory Matthews. Son Jan-Michael was born in December 1980 making his family complete. Through the years the family lived in Bryan TX, Houston, TX, Ewa Beach, HI, Renton, WA and for the past 16 years Arlington, WA.

All of his life, Mike was a hardworking, dedicated, employee beginning with his first job of paper route carrier for the Kilgore
News Herald, where he won carrier of the year. He chose to work in the construction field as a crane and mining machine
operator and was one of the best. He worked many major jobs in Texas, Hawaii, and Washington including running the largest
mining machine “Bertha” that dug a new highway tunnel under Seattle.

Mike was preceded in death by his mother Jo Ann Allen, his father Billy Ray Allen, and his maternal and paternal grandparents, Mary and Fred Province and Cluster “Buzz” and Bea Allen. He is survived by his wife Glenda, sons Cory and Jan Michael and his wife Lynda; grandchildren London and Emma; sister Lisa Ancelet, husband Ronnie and nephew Jarred; brother Glenn Allen, wife Angela and niece Josie.

Mike was an animal lover and is also survived by his fur-babies Skolie and Jazzy.The family will honor Mike’s request by having a celebration of his life in Texas near his birthday in June 2020. In lieu of flowers, friends and family may make a memorial donation in Mike’s name to the charity of their choice. You may also leave condolences on Mike’s memorial wall www.funeralsandcremationswa.com/obituary.