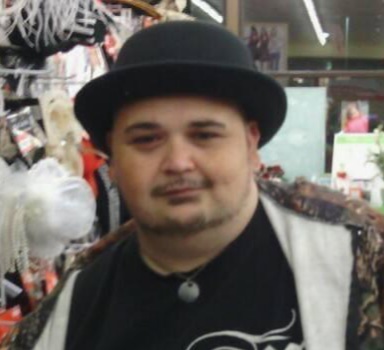 Steven Mathew Mark Poe (Wolf) was born on March 12th, 1977, to Edgar (Eddie) and Sandra Poe of Edmonds, Washington.  Stevie lived his entire life in the Edmonds/Lynnwood area graduating from Edmonds-Woodway High School. Stevie was one of the cutest babies ever and earned the nickname Doodlebug from his Aunt Margaret. He was a pure spirit, generous, held no grudges, kind to all, had a big heart, a big smile and a quick wit. He loved paintball, music, concerts, big trucks, wolves, games, animals, collecting knives, art and swords.

He was preceded in death by his parents Edgar and Sandra, his sister Tina Collier, several aunts and uncles and Aunt Jean Poe for whom he had a special place in his heart.

He is survived by his brother Eddie Poe, Aunt Nina Moore, and several friends, cousins and longtime girlfriend Alexis.

Cremation arrangements have been made through Funeral Alternatives and burial will follow at a later date. A GoFundMe account has been started to raise funds needed for his burial.