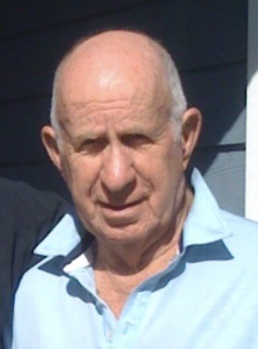 Theodore “Ted” Charles Ricci, was born June 22, 1930 in Monroe, Washington and died January 13, 2020 in Mt. Vernon, Washington at the age of 89. Ted was a longtime resident of Burlington but most recently of the Mountain Glen Retirement Community in Mt. Vernon.

Ted was born to Theodore and Pearl Ricci in Monroe, Washington. Most of Ted’s growing up years were on the family farm off the High Bridge Road Southeast of Monroe. This farm was homesteaded by Ted’s grandfather in 1892. Ted graduated from Monroe High School in 1951. While at MHS, Ted was active as a basketball player and as a member of the Monroe Chapter of the Future Farmers of America. Ted exhibited his dairy cattle for several years at the Evergreen State Fair, with his favorite being Doll Baby.

Ted served in the United States Army from March 1953 to March 1955. Ted was stationed in Korea and was honorably discharged as a Sargent while also receiving the National Defense Service Medal, United Nations Service Medal, and Korean Service Medal.

Ted was employed by Vitamilk Dairy as a milk pick-up driver. Ted’s route took him daily to various dairy farms in the Snohomish, Skagit, and Whatcom County areas. While performing this service, he developed lifelong friendships with the dairy families. Ted also had a side business as a hay distributor for many years. Again, Ted developed lifelong friends with this endeavor.

Ted is preceded in death by his father and mother, Theodore and Pearl Ricci, brothers Patrick, Robert, Kenneth, and sisters Colleen and Betty.

A Celebration of Life will be held in the near future for family and friends. Details to be determined. In lieu of flowers, the family requests that if you choose, please make a donation in the name of Ted C. Ricci to your favorite charity.