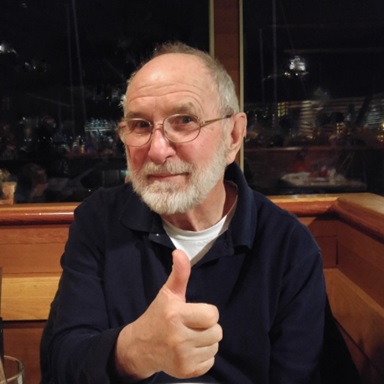 Terry D Campbell was born in Walla Walla, Washington, February 17, 1947, to Reith and Mildred Campbell. They lived in Lowden on the Woodward Canyon Road. Terry attended the Lowden School which is now L’Ecole Winery. In 1966 he graduated from Walla Walla High School. He then attended Washington State University in Pullman, Washington graduating in 1970 with a Bachelor’s degree in Music and Music Education. While at WSU, marching in the Cougar Band, he met Jane Erickson and they married the summer after graduation. They moved to Finley, Washington, for his first year of teaching. Although he was a brass player, he taught all music, band, and choir.

The U.S. Army called him away after his first year of teaching. He served 3 years in the Army Band, playing the Baritone Horn. During the Army gig, Gail was born in 1973 and he missed her first year by being stationed in Germany where the band played for many ceremonies, wine, and beer fests. This was better than the war still raging in Vietnam.

In 1974, he was able to find another teaching job in the Lake Stevens School District. The family was together again and purchased a wooded lot in the Getchell area. They cleared the lot and put in water, septic, and electricity, and a single wide mobile home. The family outgrew their home when David was born in 1976. So, the single wide was exchanged for a double wide!

Terry was continually working on the landscaping and gardens, planting rhododendrons and shrubs. He never turned away a plant that needed help. It found a home in his yard. He built raised beds for the vegetable garden and was quite famous for his carrots, potatoes, and even Walla Walla onions! He was a very dedicated husband and father, always providing for and taking care of the family – as he liked to say, “The Campbell Way,” (even when the family might have liked a different way!) But his dedication and hard work paid off.

Terry was used to hard work, starting out in high school hauling peas to the cannery as a summer job. He taught music, sold insurance, sold copiers, and learned the technology as they evolved along with computers. He would never admit he retired. If one job closed, he would look for another. He worked in many of the garden and hardware stores.

The family is planning a private remembrance at a time yet to be determined. As a tribute to him, plant a tree or something in your garden or a pot by your door and enjoy the beauty of the earth.