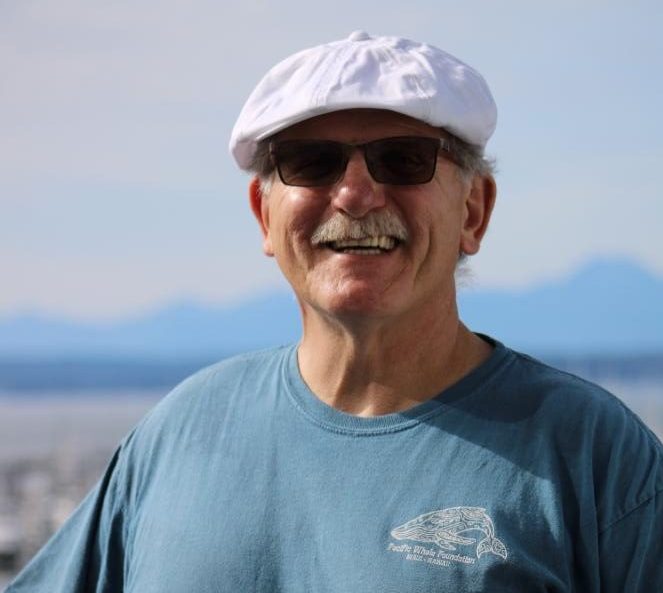 Thomas Everett Wehrheim III  was born on November 27th, 1949 in Washington DC, and left this earth peacefully after a short, powerful fight against pancreatic cancer on January 1st, 2021.

Tom was a very proud marine who served his country from  1967-1971. He held his time in service very close to his heart.

He worked a short time as a delivery truck driver before starting his career at Boeing, where he gave 20 years and 28 days of his life before he retired.

Tom met the love of his life, Chris, in 1974 at the age of 25. Love brought them together for a short time in 1978. They spent a lot of time together, where he even taught her young sons how to fish. They eventually  parted ways, but fate brought them back together in 2007. They would soon get married and spend the rest of his years together. Tom referred to his wife as his angel, and he was right. She along with her son Eugene were right by his side while his health was failing. He had better end of days because of the love and attention he received.

Tom loved to be where people were happy and enjoying life. Some of his favorite activities included bowling and camping. More important then the activity, was the friends and family he shared the experiences with. He was happiest sitting around the fire listening to his favorite music surrounded by his loved ones. He loved to travel, take cruises, and stay by the water. His favorite place to visit was Maui, where he married his wife.

Tom had a large family all of who loved him very deeply. He is survived by his wife and soul mate Chris Searles-Wehrheim, his children; Luke (Lindsey), Hannah (Aaron), and Rachel (Edward), and his step children Eugene, Matthew and Amanda. His passion and light of his life were his grandchildren; Alden, Jackie, Athena, Clementine, Dakota, Evan, Ian, Mike, Cecillia, Marcell, Juhliette, Joe, Jake, Gavin and Landon.

The family will be holding a private service in his honor.