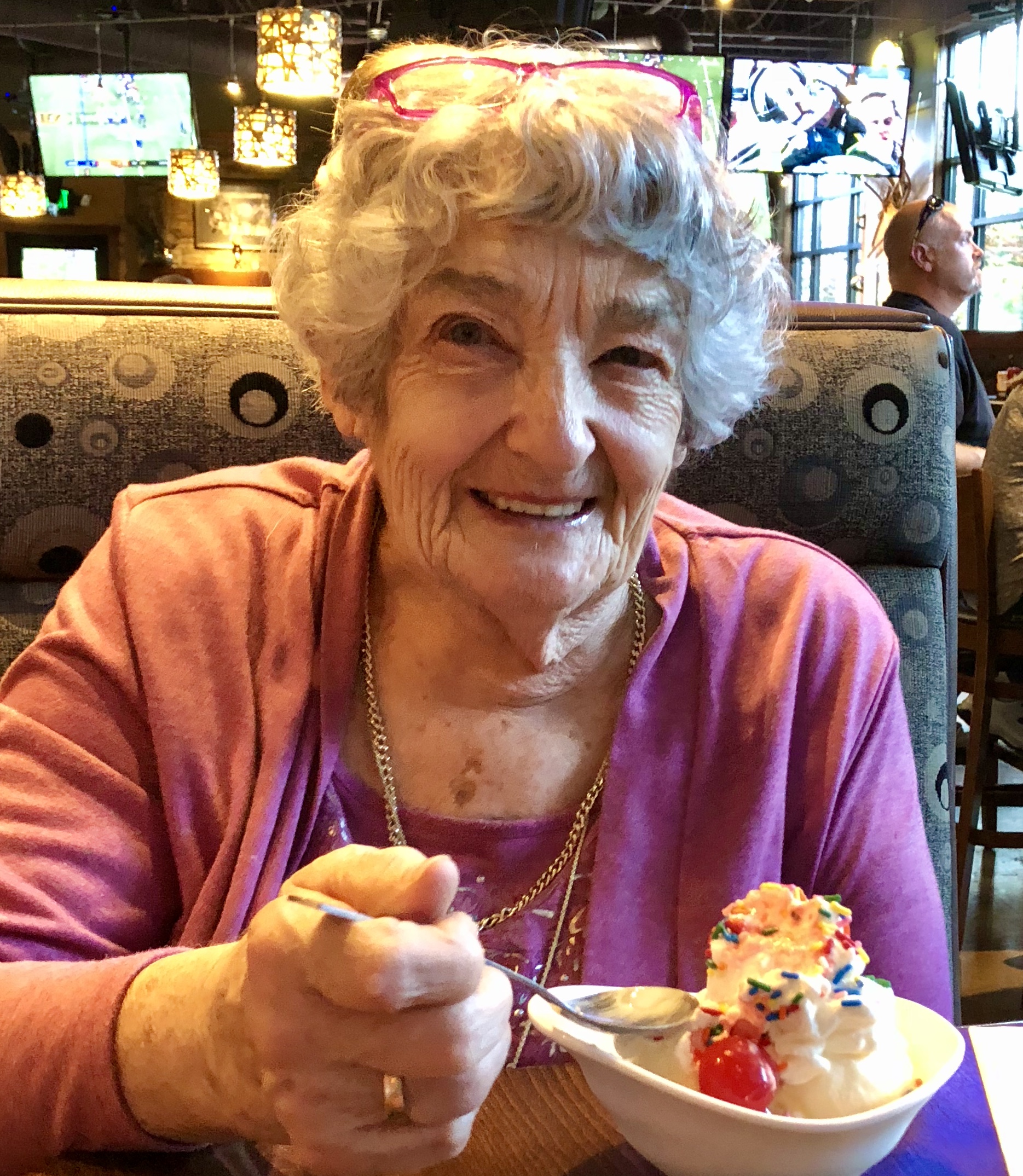 Barbara Jean (Johnston) Faries, 86, of Marysville, Washington went to be in the presence of her Lord and Savior on September 1, 2020. She was born to Orlin E. Johnston and Esther Hollingsworth in Everett, Washington on September 13, 1933. She was the first born of 5 children followed by her sister Norma and brothers Dave, Dick and Jerry.

Married Warren Larsen at the age of 15 and moved to Everett, Washington. Together they had 3 children, Cheryl (Shari), Kathy and Martin (Marty). They divorced and later became friends.

Barbara married Wade in 1964 after a short courtship of only 3 days in Everett, Washington. Together they had 2 children, Shawna and Jay. They moved to Kent, Washington in 1975 for Wade’s work at Boeing. In 1976, Wade and Barb became foster parents to their niece (Melanie) and nephew (Stacey) who they loved and raised as their own.

Loved to sew, crafting literally hundreds of Barbie and baby doll clothing pieces. She sewed frogs one year for Christmas and Raggedy Ann and Andy dolls for all her grandkids another Christmas. That wasn’t enough, she would sew clothing for us kids as well, even our wedding dresses.

She and a crochet hook created everything from a tiny doll dress to a king-sized doily bedspread. Dozens of blankets and baby clothes for her grandchildren and great grandchildren.  When there wasn’t a baby due, she made prayer shawls and lap blankets that she prayed over while making for people in need of comfort.

Christmases were an amazing event every year. Wade and Barbara seldom spent money on going out, but oh boy did she like to spoil her kids and grandkids at Christmas! Every year the tree was hidden with boxes and boxes of beautifully wrapped gifts with her handmade bows. This made her very happy.

Weekends were lovingly filled with family, homemade pizzas and doughnuts, games and lots of loud laughter. Wall to wall family. Family time was her favorite time.

When she and Wade retired, they moved into their RV and cruised all over the Pacific Northwest for years. They would bring along their grandchildren, Rhiannon (Robbie) and Jayson, most weekends and summers. They truly had a love for traveling and their family loved to visit for the day or camp for longer periods of time, especially at the ocean. Their home was on wheels and sky was the limit!

She and Wade bought a home in Marysville and they moved her mother Esther in to help take care of her in her golden years. Years later son, Jay, moved in with them.  Many grandchildren and nieces/nephews have been looked after and cared for by them. Friends of family have adopted them as ‘honorary’ parents and grandparents. She cared for her ‘family’ members all throughout her life.

Barbara’s laugh was infectious! Her smile warmed hearts! When asked what their secret is to a happy marriage of 56 years, Wade says, “Being best friends, love and tolerance…mostly on her part (tolerance)”. Barbara simply says, “He is the love of my life”.

We are all very blessed to have someone who loved so freely as Barbara has. Thank you for sharing your love and your life with us!

Unfortunately, due to Covid-19 we will be having a very small family gathering. Thank you for all your love and kind words to support the family and friends of Barbara, a loving, daughter, sister, wife, mother, aunt, grandmother, Great-grandmother, teacher and friend.

**In lieu of flowers, please consider a donation towards funeral expenses. Shawna will be taking care of these via VENMO and Paypal (friends and family account).