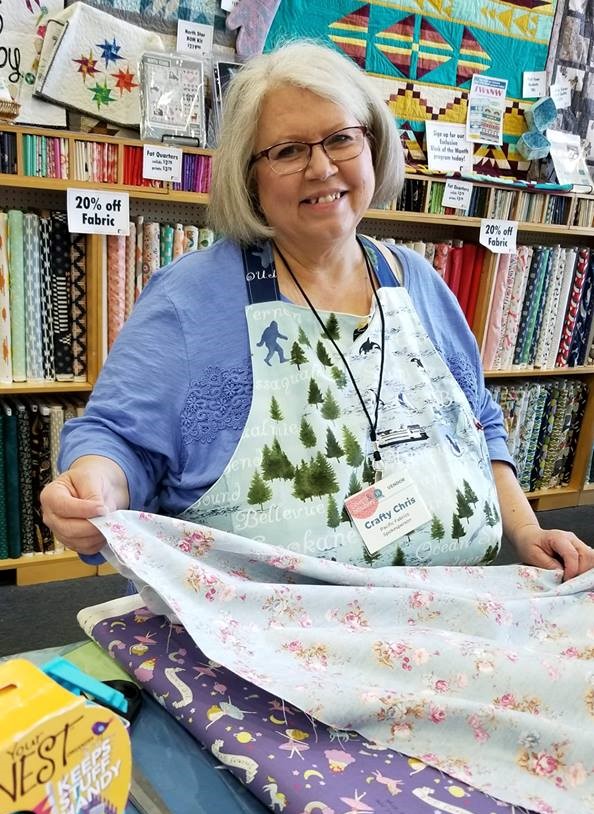 Christine ‘Chris’ Marie (Mock) Groce, 61, of Tulalip, WA, passed away on July 19, 2019, one day before what would have been her 62nd birthday, after a battle with liver and kidney disease.  She was surrounded by her husband and children.

Chris was born in Arlington, WA, on July 20, 1957 to James ‘Jim’ Oliver Mock, Jr. and Lynn Marie (Smith) Mock. She was very active in Camp Fire Girls and Rainbow Girls for many years and served as a camp counselor into her teens at Camp Killoqua. She graduated from Marysville High School in 1975 where she was very active in the drama program and acted in many stage performances. The drama department in high school is where she met and began dating her high school sweetheart, Danial ‘Dan’ Leroy Groce. Chris and Dan were married on November 1, 1975, had two children, Ryan and Angela ‘Angie,’ and would have celebrated their 44th wedding anniversary this fall.

When their children were young, Chris volunteered in all of the activities in which they participated. She helped lead Cub Scout dens and 4-H gatherings. She directed children’s choir programs and helped lead youth group activities at Marysville First Assembly of God. She was also a band booster for Marysville Pilchuck High School where her children graduated in the nineties. Through these years of volunteer work, she touched the lives of not only her own children, but also many others with her warm, welcoming personality.

Once Ryan and Angie had children, Chris was just as hands-on as a grandma. She adored her three grandsons, Kellan, Jarrett and Tristan, and was actively involved in their lives. Chris also loved camping with her family, especially at the ocean where they camped at least once every summer. She and her husband loved camping and the outdoors so much that they became members of the Port Susan Camping Club in 2016 and ultimately moved to Port Susan full-time in 2018 in anticipation of retirement.

Besides her family, Chris’ passion and enthusiasm was making things with her hands. She worked for Pacific Fabrics, the local family-owned fabric and craft store, for over 35 years demonstrating craft products and presenting her unique ideas at community events. Many in the Puget Sound region knew her through her contributions to the crafting community where she was known as ‘Crafty Chris.’  Her constant joy, family anecdotes and humor drew people to her.

Chris is survived by her husband, Dan Groce, and their children and grand-children: Ryan and Jessika Groce (of Bothell) and their son Jarrett, and Angie Williams-Riddle (of Tulalip) and her sons Kellan and Tristan. She is also survived by her mother Lynn Mock (of Marysville), her brothers and their spouses: James and Helen Mock (of Everett), John and Debbi Mock (of Everett), Kenneth ‘Ken’ and Beth Mock (of Marysville). She is predeceased by her father, Jim Mock. She will also be lovingly remembered by her aunt, many cousins, nieces and nephews throughout the world and her many customers and friends in the crafting community.

Her celebration of life will be held on Sunday, August 4, 2019 at 3 p.m. at the Chapel at Port Susan Camping Club, 12015 Marine Drive, Tulalip, WA 98271. The family suggests that people make donations to the American Liver Foundation in lieu of sending flowers.