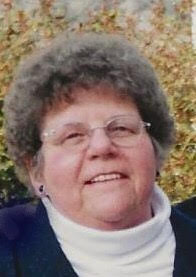 Mary Tolbert Wold, of Arlington, went home to be with the Lord January 30,2019.

Mary was born December, 7, 1935 to Alpha and Joe Tolbert in Miami, TX. She was the sixth of seven children and graduated from Miami High School in 1954 as Salutatorian of her class. After high school, she attended Draughan Business College in Amarillo, TX.

After college she worked at Phillips Petroleum Co. and Sears Roebuck in various bookkeeping and auditing positions.

A memorial will be held at Arlington Free Methodist Church on Sunday, February 10, 2019 at 3 PM.

A very special thanks to Jane and Stephen of Angels of Comfort AFH for the loving care during the last month of her life.