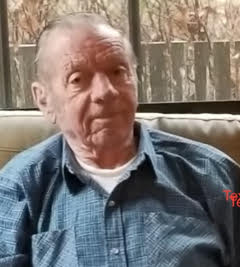 Mike Allen passed away on July 8, 2021, following an extended battle with COPD.  He was a charter member of the Seafair Boat Club and held many leadership positions over many years.  Mike also served on the Seafair Hydroplane Executive Race Committee.  He, as did most of his family, loved hydroplane racing and traveled to other race sites over the years, including Tri-Cities, San Diego and the one and only race in Acapulco, Mexico. One of his favorite memberships was in the Western Swing Society, of which he was also a charter member.  He rarely missed going to the monthly music and jam sessions.  He made good friends there and was sad that Covid brought an end to those great times.

Mike worked as a truck driver and mechanic during his career.  The last several years he worked for Woodinville Lumber Company.  When he retired in 1997, he became a snowbird, traveling to Wellton, Arizona for the next 16 years.  He loved spending winters in Arizona and summers at his property on the Pilchuck River in Granite Falls.  Until a couple of years ago, he held a party every year at the river, attended by the many friends he had made both here and in Arizona, as well as family and all the “regulars” living on Paradise Lane.

Mike stated often that he wanted a “party” to celebrate his life.  His Celebration of Life, including a memorial and live music will be held at his property in Granite Falls on August 14, 2021, from Noon to 5 pm.  It is an outdoor event so please wear comfortable shoes and clothing.