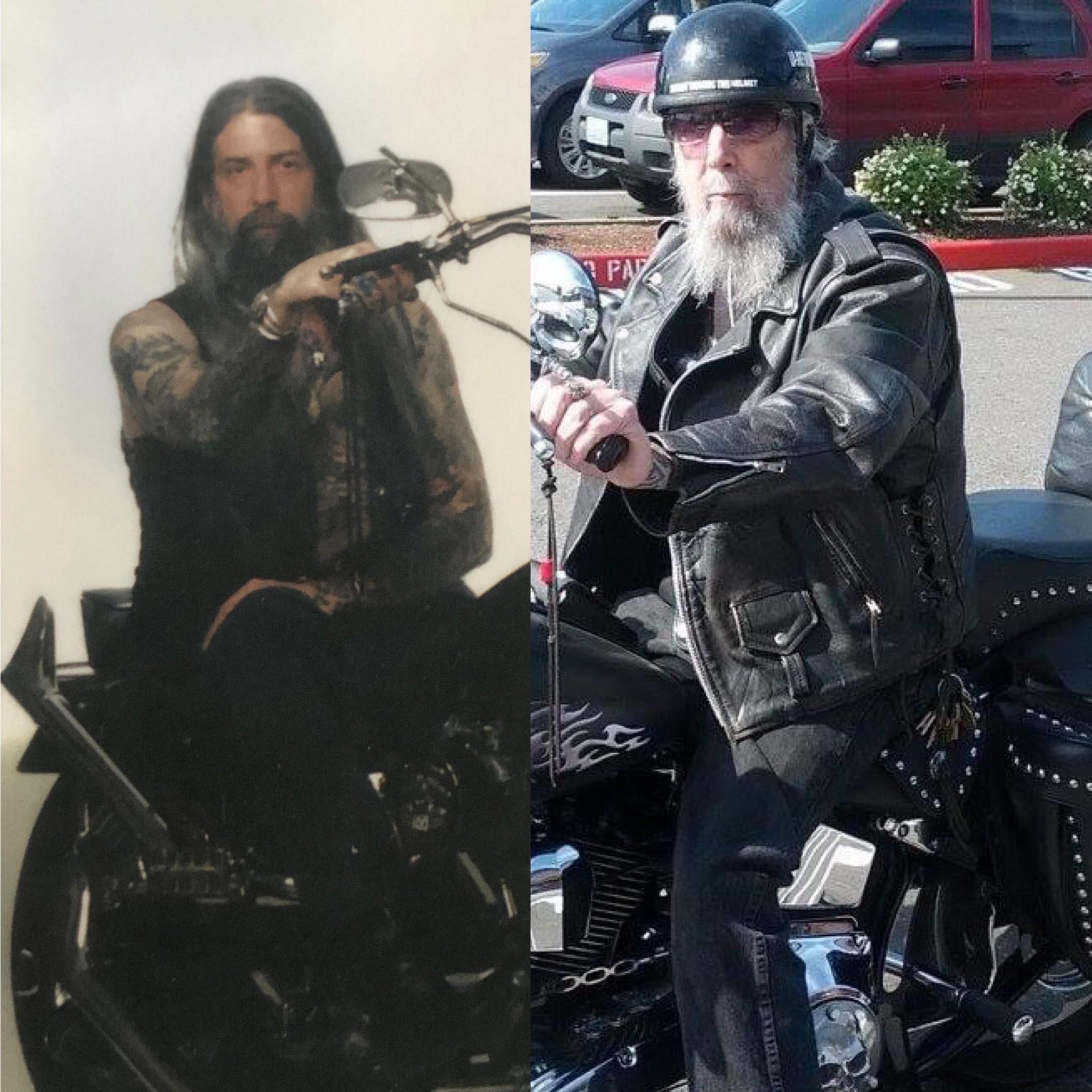 Richard “Dick” Dan Everist, 74, passed away peacefully in his home on June 18th, 2021 in Granite Falls WA. His wife Janice Everist and faithful dog Charlie by his side. He was Greeted by his parents, Forrest Allen Everist & Dorothy Virginia Everist, as well as his son Matthew Dan Everist.
Born Dec 19, 1946 in Kirkland Wa, He was the middle child of three brothers, Gary & David Everist. He graduated from Lake Washington High school, class of 1965.
Dick was a loving, caring father to Arlen, Angela, Matthew, Bobby & JoAnna as well to his stepchildren Sara, John & Liz. He was also notorious for “adopting” many others through the years. He was a proud grandfather “Poppy” to 12 grandchildren and 1 great-grandchild.
Dick became sober and part of the fellowship. He followed his passion with motorcycles and sobriety leading to co-founding Third Legacy, a 1% motorcycle club devoted to keeping bikers sober in 1985. He believed in the founders of the fellowship program and continued their word. At the beginning of every meeting, he would start his turn with “There is hope here for us alcoholics”.  His words and his memory will forever be held onto within the Fellowship.
Dick will be long remembered in the Tattoo community as one of the last ‘old school’ tattooists.  During this passion, he received many awards for his art.  The long-lasting favorite saying was “Good tattoos ain’t cheap and cheap tattoos ain’t good”. He loved the industry and everything about it. He enjoyed meeting and interacting with everyone. He was a legend and will forever be remembered in the tattoo community. His art and personality will forever be on thousands of people’s bodies.
He had a heart of gold and was wise beyond his years, this made his personality passionate for telling and hearing stories.  His mentoring to so many made him stay forever young.  These interactions were his biggest passion. Throughout his life, he loved the outdoors; hiking in the woods; riding on his motorcycle; four wheeling in his land cruiser; playing with his RC cars, these joys went to the very end.
Not only does he leave his family he also leaves his extended family and friends. Too many to mention.
Please join us in celebrating the life of Dick Everist at River Meadows Park on Sep 11th, 2021 at 1pm.