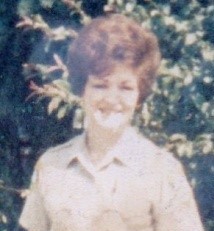 She was 79 years old and residing in Gold Bar, WA when she died at her home from Lung Cancer.

Pat was born in Canada and came to the USA with her parents and sister when she was 12 years old, first residing in California before the family relocated to Washington State.  She attended Roosevelt High School in Seattle, WA and graduated in 1958.  She went on to marry and have 7 children.  She lived in a couple of States to include Oklahoma, Colorado and back to Washington State.  She was a manger for Winchell’s Donuts in Pueblo, CO for several years before transferring to a store in Burien, WA.  She was injured at that job and moved on to a training program to become a Corrections Officer.  She was hired by Snohomish County Jail in Everett, WA and made that a career for 20 years before she retired.  Once retired, Pat spent her time working in her yard; drawing pictures for one of the various projects she had in mind to build, doing crosswords or Sudoku and spending quality time with family and friends.  She also took a part-time job at Camp Huston in Gold Bar doing housekeeping to keep herself busy up until she was diagnosed with Lung Cancer 3 ½ years ago.  Pat fought that battle bravely and as positively as she could.  She was a Christian and shared her beliefs with anyone who wanted to hear.

Memorial arrangements are pending the current pandemic allowances/restrictions.  More info to come as restrictions are lifted.