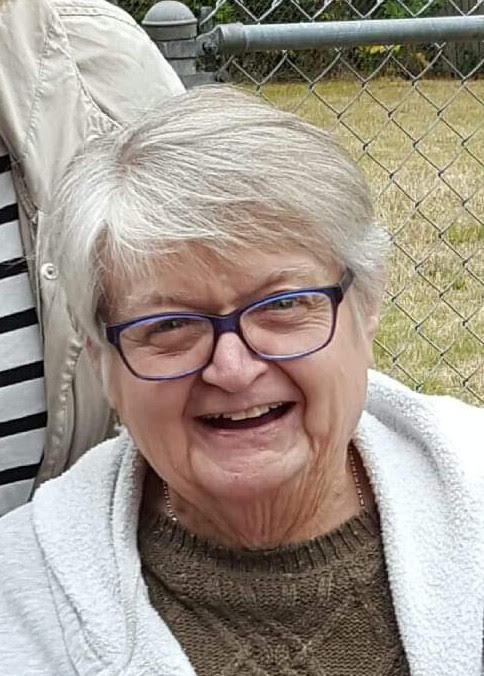 JoAnn Colley Reich was born in Seattle on August 25, 1946 to Elnora and Joe Colley. The family lived on Capital Hill and later moved to Ballard where Joe owned a hardware store in Loyal Heights. In the 50s, the family moved to Anacortes where they owned Anacortes Hardware. JoAnn attended Whitney, Central, and Anacortes High School graduating with the class of 1964. JoAnn enjoyed many school activities such as school plays, journalism, sports, and art classes. JoAnn was an active Girl Scout all through her high school years. JoAnn attended Skagit Valley College and later graduated from Western Washington University in 1968 with a degree in Education and Fine Arts. JoAnn was employed as an educator all her working life. In her retirement years, she took many ceramic classes with instructor Thom Lee at Everett Community College.
JoAnn was preceded in death by her son, David White in 2014. JoAnn is survived by her daughter, Andrea LeBlanc, and by her grandchildren Becket and Arwen. JoAnn has a cousin, Tom Colley, in Eastern Washington. JoAnn had many special friends including Donna Zion, Binki Spahi, Dio Dio Dipo, and Melba Ortiz. One of JoAnn’s best relationships was with her cat Eleanor Roosevelt. JoAnn was a member of Our Lady of Perpetual Church in Everett.
JoAnn will be buried with her mother, grandmother, and son in Anacortes. Services will be held when the pandemic allows more people to gather.
Memorial gifts may be made to Our Lady of Perpetual Help Church or to the Everett Public Library.
Andrea would also like to add her thankfulness to her uncle, aunt, and cousins, Bruce, Sylvian, Chris, and Matt, for their love and support. Andrea also wishes to thank her many friends and friends of JoAnn for the many prayers, love, support, and comfort.