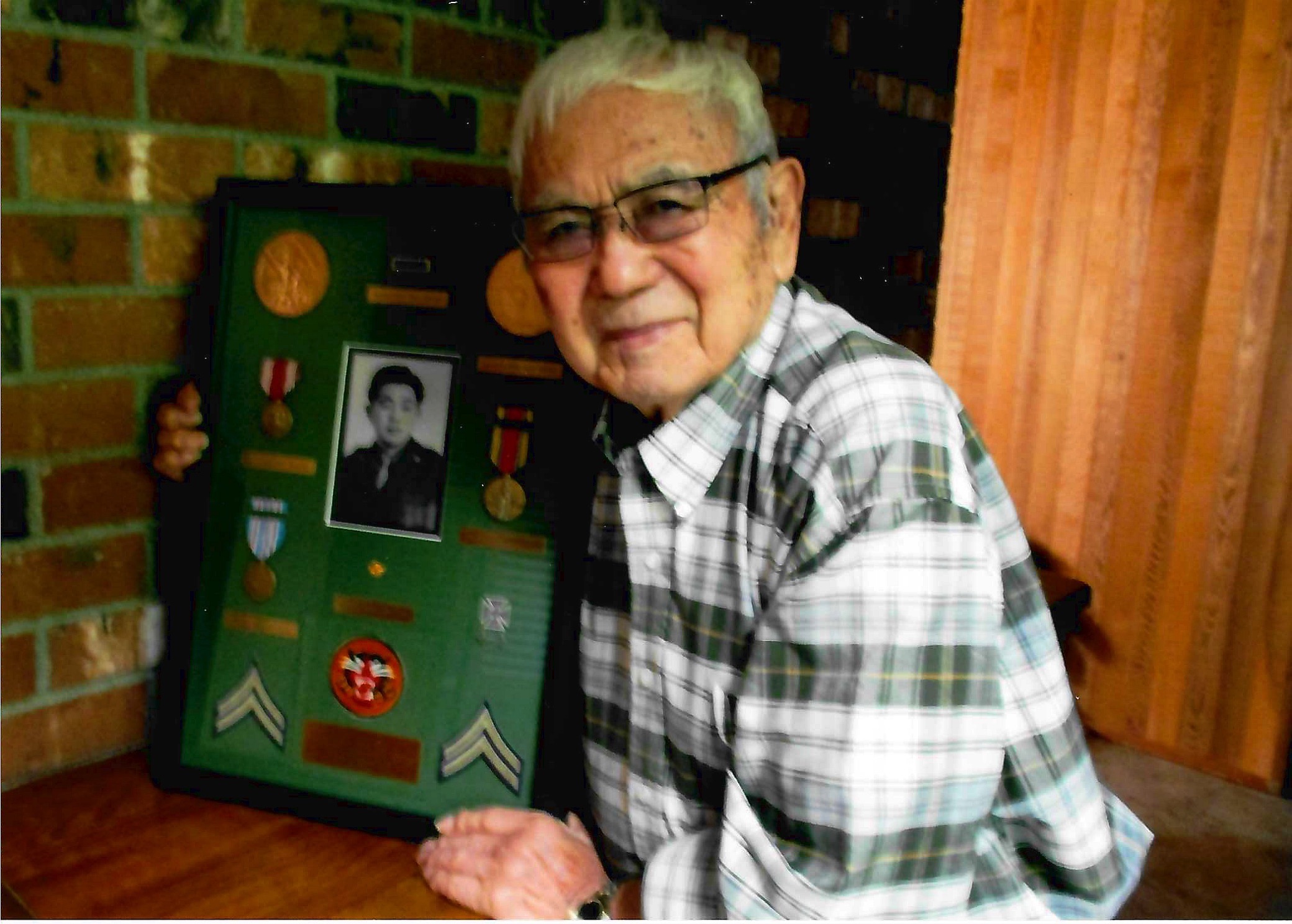 Rick R. Sato passed away peacefully on Sunday, August 14, 2022, surrounded by his family. Rick was born to Tatsu and Kaneshiro Sato in Wapato, Washington on April 27, 1927. The Sato’s were a farming family and Rick worked on the farm alongside his parents and his siblings, Mel, Fumi, Mitsuo, and Tatsuo.

In 1942, Rick was forcibly removed along with other Americans of Japanese descent and incarcerated first at the Puyallup Fairgrounds and later at Heart Mountain, Wyoming. Although he never discussed it, this injustice deeply affected him throughout his life. During the war, Rick initially worked as a welder building landing ships in Clinton, Iowa. In 1945, Rick was drafted into the US Army where he served in the Tank Destroyer Corps at Fort Hood, Texas and later in the Military Intelligence Service (MIS) at Fort Snelling, Minnesota. During his time in the Army, Rick met his “Army buddies” who became his lifelong friends and traveled the US for the first time. Rick was a Lifetime member of the Nisei Veterans Committee, Seattle.

After Rick’s Honorable Discharge, he returned to the Yakima Valley, and began farming and raising his family. In 1967, Rick moved to San Luis Obispo to attend Cal Poly University where he studied agriculture, Rick left early to accept a position with the United State Department of Agriculture as food inspector. Rick served his country again in this capacity for 24 years until his retirement in 1990. During his time Rick met his wife Judy and was happily married for 38 years.

After his retirement moved to Smokey Point, Washington and purchased a home on a piece of raw land which he and Judy transformed into a tranquil sanctuary. Rick was a man of many talents and did all his own work, relying on his own two hands and life experiences to shape his home into a place he loved and never wanted to leave. Rick was well known for being able to build anything once he saw it in the store, his family benefitted from a lifetime of handmade gifts which still grace their homes. Rick’s love of cars was a close second to his garden and he always made sure they were in top shape and fresh with Armor All, before heading into town.

Rick was deeply loved by Judy, his daughter Sharon, and grandchildren, Yumi, Josh and Joanna, Kristi, and family. Rick gave them a lifetime of memories which they will cherish forever. They will never forget him, his amazing life, his great sense of style and his courage to rise above the injustice inflicted on him to succeed.

Rick is also survived by his daughters Sandra and Tracey, her husband Jim and children Matt, Andrew, Suzie, Joe, and their families.

In accordance with Rick’s wishes there will not be a memorial service. Remembrances may be made to the Nisei Veterans Committee, 1212 S King St, Seattle, WA 98144, in Rick’s name.