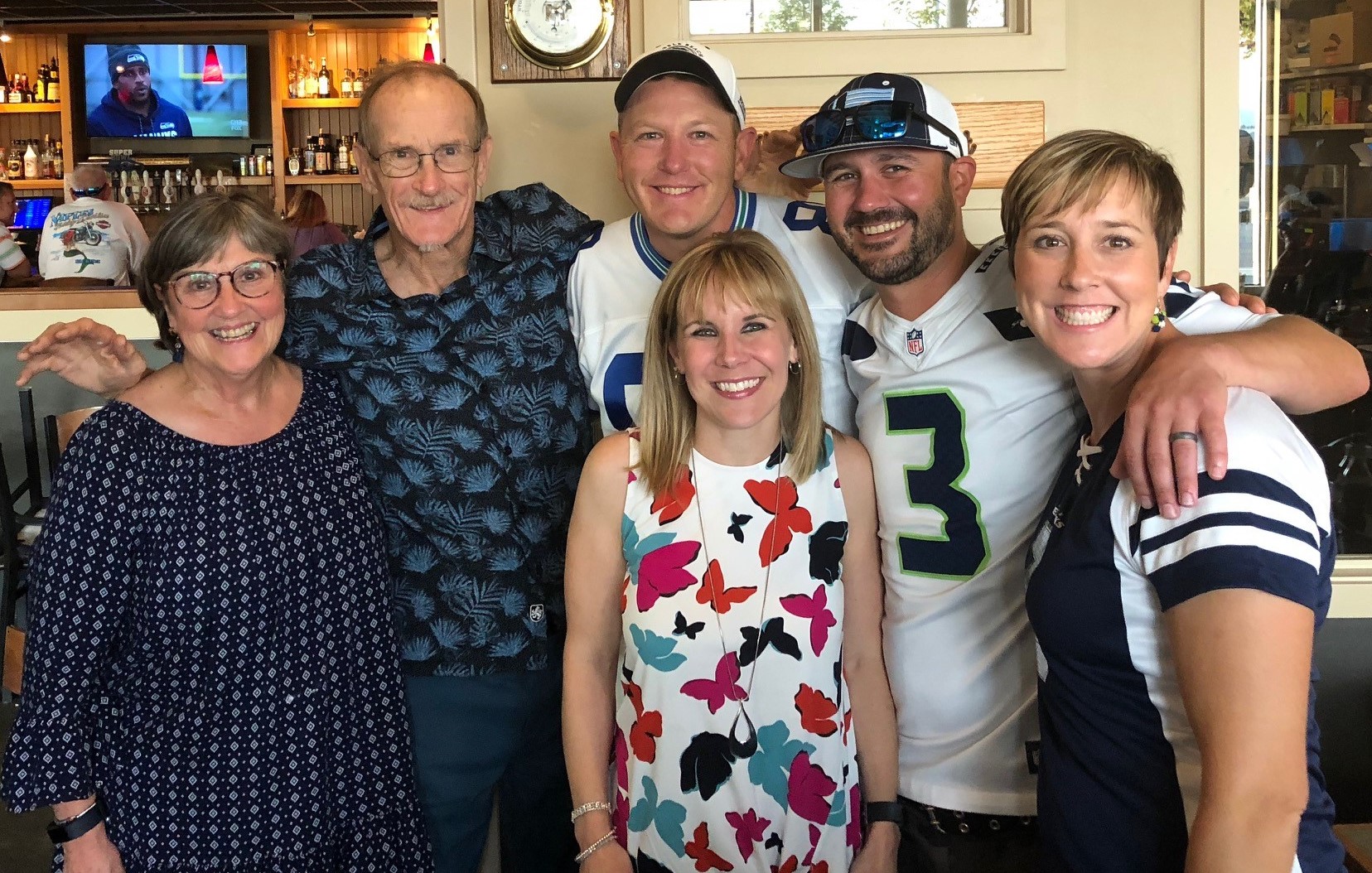 Stephen ‘Steve’ Bates Lashua, age 65, passed away peacefully at his home in Tulalip, Washington on May 8, 2019. He was born September 12, 1953 to Clyde and Betty (Anderson) Lashua. Steve was a 1971 graduate from Marysville High School. He married Diane (Thomas) Lashua on October 1st, 1977. Steve is survived by his wife, Diane; children Matt (Katie) Lashua and Katy (Mike) Fridrich; grandchildren Dallas, Avery, Cali, and Gabriel; brother Dave (Sarah) Lashua and sister Sue (Todd) Simkins; a number of nieces and nephews; and his side-kick grand-dog Bunker. He was preceded in death by his father and mother.

Steve had a love of sports. He played baseball throughout his early years, and softball until he was in his 50s. Many weekends and weeknights were spent at ball fields across Washington. He wore number 7, batted third in the order, and could always be found out in left-center field. His never-failing advice to outfielders: “The first step is always back when a ball is hit your way.” Steve built incredible relationships with his teammates over the years, and considered many of them family.

Steve lived his life devoted to his family and friends. He loved spending time with his family, regardless of occasion. Steve would prioritize his schedule around any chance he had to babysit or just spend time with grandkids. He also had the passion to coach his children in baseball, basketball, and soccer while they were growing up, leaving lasting impressions on many of the kids he coached. He was still called ‘Coach’ some 30 years later by many of those he had a pleasure to work with.

Steve had a love of music that was as deep as anyone’s. Besides being with his grandchildren, his favorite hobby was listening to music and attending concerts with his best friend, Bruce. His concert T-shirt and ticket stub collection, the Rolling Stone Magazines dating back to the ‘70s, and playing classic rock well into the evening for the Spee-bi-dah community were testimonies to how much he treasured music.

Anyone who ever spent time with Steve would agree he was one of the nicest people you’d ever meet. He was selfless with his time and effort, working tirelessly with Bunker by his side to take care of the Spee-bi-dah community and grounds. He also spent countless hours working in the yards of his own home as well as his kids’. When Steve saw a need, he gave what he could with no questions asked.

Shortly before his passing, Steve commented that he had no regrets in his life. He said he got to do everything he ever wanted and more, and could not be prouder of his beautiful family for all they had accomplished. Steve will be greatly missed by all who knew him.
A celebration of life will take place on July 13th, 2pm at the Marysville-Pilchuck High School Commons Building