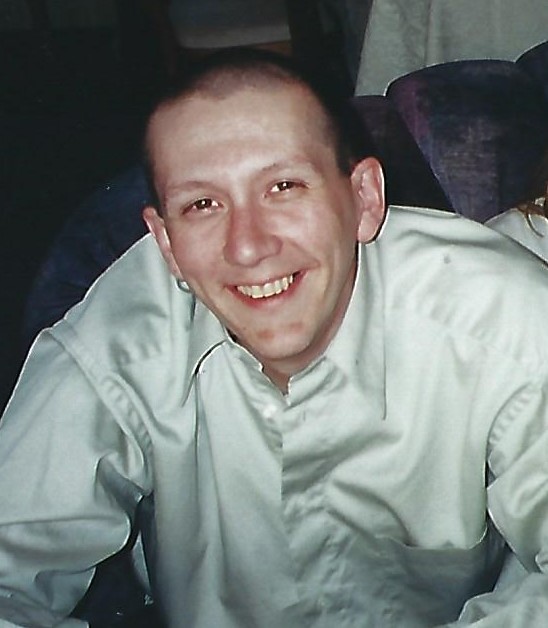 Steven was born on November 1, 1969, at Camp Pendleton, CA. to parents of Mark and Patricia Whitemarsh. At a very young age, his parents and he moved from Camp Pendleton to East Wenatchee, WA to live with Grandma Peggy and Grandpa Fred. Parents and he then moved to Pocatello, ID. He often at the age of 8 played golf for his Dad’s Company and would help his dad win the tournaments. He belonged to bowling leagues and roller skating teams at a young age also. Also in Pocatello is where he became a big brother to Matthew. He was six years older than Matthew and had so much to teach his little brother. One time he got the opportunity to teach Matthew how to ride a bike. It consisted of putting Matthew on a bike and pushing him down a big hill. He also got his love trains at his dad’s hardware store, where in the back they had a huge model train set where he got to play with this set for hours. He also would spend his summers with grandparents in Wenatchee where he would get to learn how to ride motorbikes and three-wheelers with his best friend Ricky Walters. During these summers he also would get to go camping with his grandpa and uncles where he came to love the woods and outdoors. He learned how to fish, pitch a tent, and also cut wood for the upcoming winter. He later on, was able to teach his own three children to camp and fish.
It was in East Wenatchee when he came to love the game of football. He joined the football team in middle school and played until his senior year. He was always rooting for the Redskins.
Steven was also a hard worker. He had paper routes when he lived in Pocatello. When he moved to Wenatchee he started working in the restaurant industry.
After high school, he moved to Western Washington where he lived close to his father, step-mother, brother and sister. He worked many jobs and got to know many different walks of life. He always would help a coworker in need, if he could. His passion was cooking! He worked at Denny’s, Shari’s, Bickford’s and then came to settle down at the Keg Restaurant. He became the head cook and then became the Director of Kitchen Operations. He worked for the Keg for almost twenty years until he had to leave due to an on the job neck injury which resulted in surgery. It was this injury, that prevented him from going back to working in the restaurant business.
During all this time Steven became a father of three. He would do everything with his children. He would help coach his son’s baseball teams and volunteer at his daughters’ school events. He became well-liked in his neighborhood. He wouldn’t tell anyone no if he could help them. He was a wonderful, compassionate, and loyal son, brother, uncle and friend. Later after healing from his neck surgery, he was hired to work for Safeway in 2017, working at the 41st Street store in Everett, WA. He enjoyed meeting and greeting people at the checkout stand as a cashier or on the floor. He was well-liked by everyone he worked with and it didn’t take him long before he became a manager of a department.
Steven is survived by his loving mother Patricia and step-mother Cathy. His three wonderful children Nickolas age 14, Jane-Marie age 8, Mackenna age 7 (Mother Nicole Pratt). Brother Matthew (wife Erin), their three children Tanner, Madyson, and Sawyer. Great Uncle Jerry (wife Frances) Day, Great Aunt Eloise (husband Lyell-deceased) Day, Great Aunt Carolyn (husband Brian) Fuson, Uncle Steven (wife Jan) Whitemarsh, Uncle Randy (wife Candy) Owyen, Aunt Judy (husband Gary) Bradford, and Aunt Kandae (husband Dean) Laymance. As well as many cousins, friends and co-workers.
Steven was preceded in death by his Father Mark and Sister Diane Miller and numerous other relatives.
Steven is also survived by his three children’s family: Kevin (Diane-deceased) Pratt, Emily Pratt, Bernadette (husband Phil) Harper, and Austin Harper.

Please come and join us in a CELEBRATION OF THE LIFE OF STEVEN. It will be held at the Marysville Opera House in Marysville, WA on Sunday, September 15th from 12 noon to 6 pm. The dress is casual. Please feel free to bring a picture or you can tell a story of Steven that you like to share.
We as a family are asking in lieu of flowers, donations can be made to: www.victimsupportservices.org