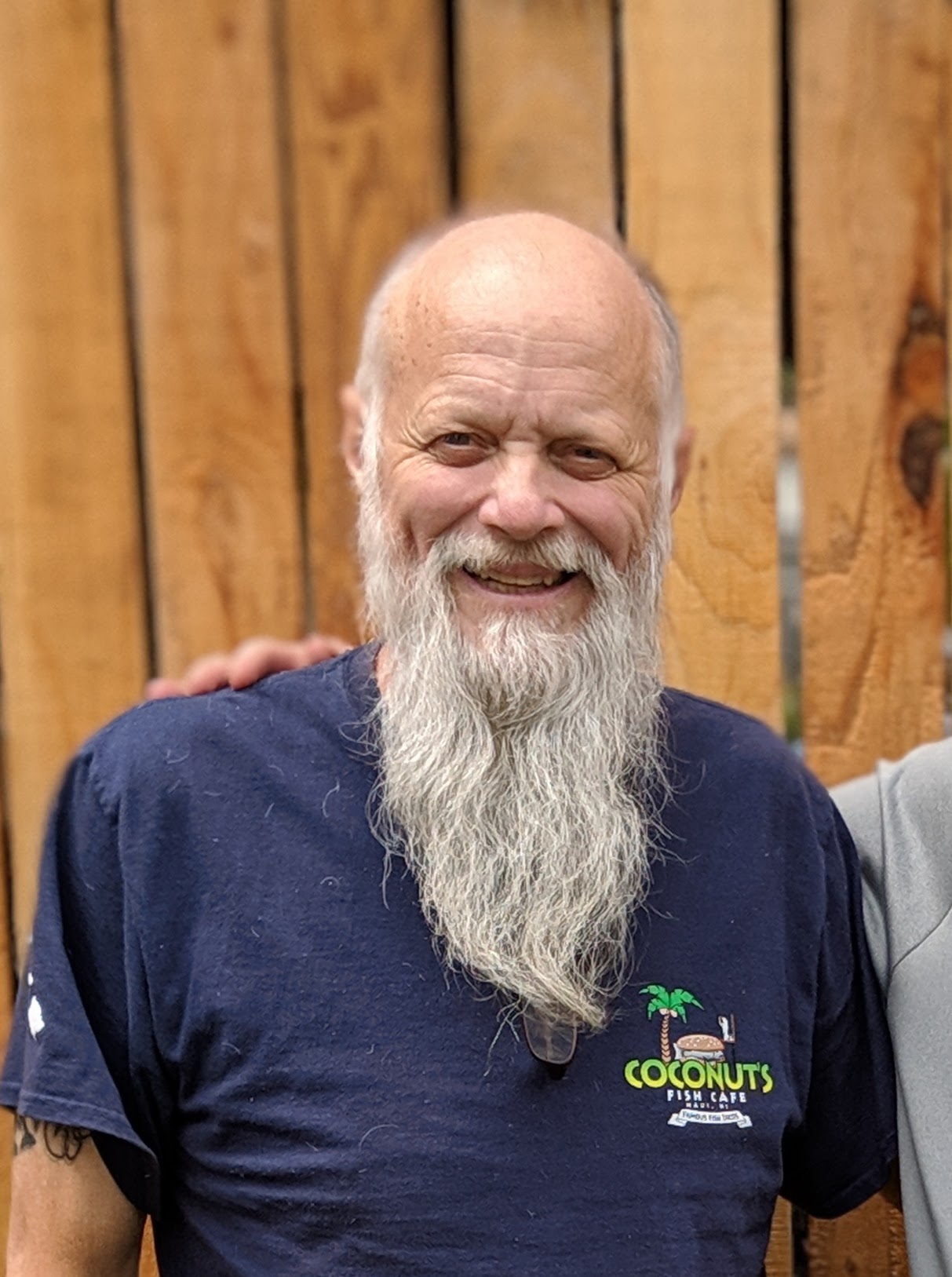 David William Edwards of Arlington, Washington went to be with his Lord and Savior on August 25, 2019.
He was born on October 8, 1955 in Moses Lake, Washington to Dorothy and Wallace Edwards. He lived in various parts of the state settling down in Arlington, Washington in 1986. He met the Lord in 1986 at Smokey Point Community Church!  Meeting Jesus and getting clean and sober on December 2nd, 1985 attributes to the amazing life he lived. He was very passionate about his faith and sobriety and shared with everyone!!!
David worked very hard to provide for his family and was self employed most of his life. He started out as a golf caddy at an early age and this was where he learned his skill of balancing items on his nose and chin! He was in the clothing industry, fought forest fires, some commercial fishing and eventually ended up in the dirt business. Most recently, running his dump truck company, Lyonheart LLC.  Whatever he did, he did well!!
David was passionate about many sports…..golf, basketball, church softball, baseball and racquetball. He hit his first homerun in Arizona playing for the Men’s Senior Baseball League.  He was also a great baseball and racquetball coach!  In his later years, he enjoyed racing his 1972 Pontiac Ventura!! Technically, visiting Disneyland isn’t a sport, but he loved to go there with family and be a kid again!!
David will be missed by his beloved wife, Debbie (married 12/14/1983), his children, Zach Edwards (Sarah), Precia Edwards, John Edwards, Hannah Edwards and grandkids who he adored…Elijah (12), Maizie (7), Korben(6) and Deckard(4). David leaves behind his siblings, Steve Edwards(Mickey),  Kerry Ledig, Jaynie Edwards and Casey Edwards. He will be missed by many other family members…nieces, nephews, cousins and more, including numerous friends who he considered family!
He will be greatly missed for his extraordinary sense of humor and immense care and love for others. He gave people value and loved well!!
He often said that sometimes you may be the only Jesus that other people see.
As Maizie said a few months ago….’Papa is all about Jesus‘ !!!
David’s Celebration Of Life will be held at Smokey Point Community Church on Thursday September 12, 2019 at 3pm.