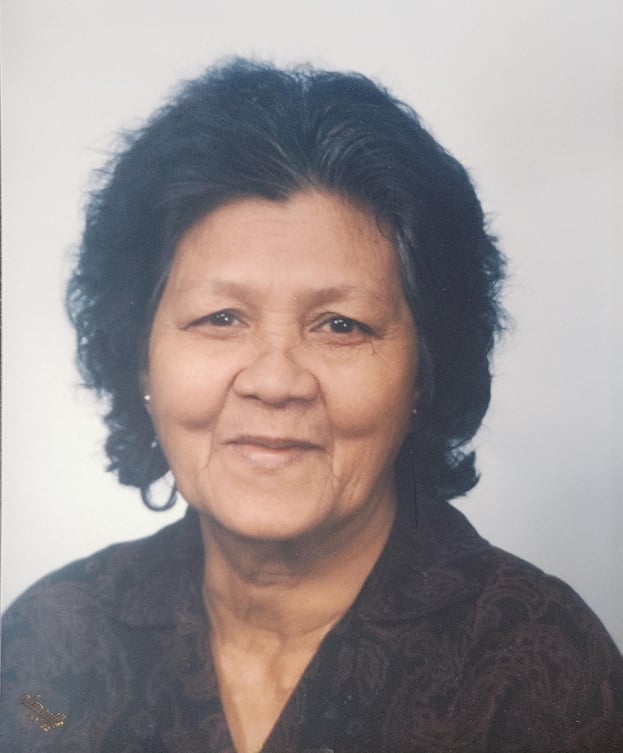 On December 24th, 2021, at 11:00 am, Ban Bour peacefully reunited with her husband and two sons. To her big family, she played many beautiful roles during her 96 years on Earth: a mother, aunt, grandmother, and great-grandmother. While those years have come to a close, her legacy as a resilient and strong-willed spirit lives forever.

She is survived and lovingly remembered by her 8 children: Savoeurth, Savon, Savuth (Sean), Savieng (Rieng), Samnang (Nary), Rin, Roeun (Phoeuth), and Reth (Manochivy) Ok, all of whom have blessed her with twenty-nine grandchildren and many wonderful great-grandchildren.

During her earlier years, she lived in Battambang, Cambodia. During 1975-1979, the Khmer Rouge regime took over Cambodia. In 1979, she fled the country with her sons to a Refugee Camp on the border of Thailand. The United Nations helped her and her family move to another refugee camp (Khao-I-Dang). Later, they then moved to a temporary refugee camp (Lumpinee Refugee Camp). What originally was temporary changed to waiting one year while she battled with tuberculosis. She won that fight, and later the Christian Reformed Church in Holland, Michigan sponsored her family to come to the United States. They took a flight out of Thailand in early January 1981 to their new home.

With help from the sponsors, she and her family transitioned to a new life in Holland, Michigan. Her children remember her always being optimistic and pushing them to never give up. She encouraged them to become educated because she did not have that opportunity. For her, this meant a better life for them. So with her husband, they did whatever they could to support the kids.

The beauty of Ban Bour’s spirit was painted through both big and small moments remembered by her family: the haircuts she would give to the grandchildren, the walks to go pick blueberries, the rhubarb and pumpkins that were found in every garden she dwelled in, and how often she would eat yogurt because it was her husband’s favorite. She was skilled in cooking, and her recipes are made immortal through her family. Another pastime enjoyed by Ban was teaching traditional Khmer dances, encouraging progress with warm compliments, and gentle guidance.

She later moved to Washington to mainly reside with her youngest son and his wife. There, she spent the last chapter of her life taking care of her grandchildren that lived there. The granddaughters she raised and lived with remember her taking them out on walks to go collect pinecones, playing with them in the park, and holding her tender hand while waiting for the school bus. She would volunteer in the Sunday school her granddaughters attended (Overlake Christian Church), where you can find her name inscribed and honored. She loved to visit all her grandchildren when given the chance and while the strength of her youth remained.

There was always a language-barrier with the younger generation, but she knew how to show her love. Whether it be by always making sure everyone was fed or trying to push pocket-money whenever she could so that everyone got the same amount, her smile, laughter, and jokes were really all that anyone needed. And while she was known to be a strict and strong mother, she always had a soft-spot, especially for the children– always wondering if she would be blessed with even more great-grandchildren.

In the home she retired in, if you didn’t find her in the garden, just follow the sound of the sewing machine. Many of her clothes were handmade by herself—randomly taking fabric anywhere she could find it— often favoring asking for forgiveness, rather than permission. If you still couldn’t find her, then just listen for the loud, excited voice that would spend hours talking to the rest of her family. No matter the distance, she always found ways to connect with everyone and share her love equally. She ensured that every single one of her family members felt special. Ban was the best company to keep. A matriarchal head family figure who instilled confidence, and bestowed wisdom that will be remembered, and passed down to future generations.

The family would like to give a special thanks to some specific family members: Manochivy, Brina, Roeun, Savoeurth Ok, and Chharvorn Proeng for their continual care of Ban Bour, aiding in extending her beautiful life, and Samnang Ok’s family in caring for Ban Bour’s last weeks and helping her pass peacefully with great love.

For family and friends who are unable to attend the services, we will be live-streaming the funeral. https://us02web.zoom.us/j/81224140107?pwd=aW5sV3E5NTZrbzMyeWlhbFZXUW9EZz09